This weekend, Tradelands added a new player created ship called the Reaper.  It is a Ghostship exclusive and is available for those who can spend 10k Robux ($110 USD) to purchase it.  For a price tag that high, the buyer’s expectation is that the ship will be worth the cost.  We decided to do a review of the ship mainly because there is so little official information available on it right now.

When the ship was released on October 28th, we were told that the ship will have 8 heavy cannons and that the wood type can be changed.  We were also given a low resolution image of the ship.  Aside from that, there was no additional information provided publicly.  Players were expected to make a large in-game purchase based on this information alone.

As of making this post, the official information has still not been posted to the official wiki, nor is it available anywhere in-game including on the vouchers themselves. Moreover, the grainy image given in the post turns out to be very misleading.

Is It Worth The Price

When buying a ship like this, understand that you are knowingly paying extra for the features of the ship. That means a large component of the purchase will be based on cosmetic value to the player. After all, ghost ships usually have the same performance as their regular counterpart, just with a special effect at night. In the case of the Reaper, we have to consider the fact that the ship is meant to be exclusive, so there shouldn’t be another ship in Tradelands that has the same stats.

All we can say is, buyer beware.  We obviously don’t want to sway people against their own opinions when it comes to cosmetic design preferences, but we do want to make sure they are making informed decisions. Below is a breakdown of the main things we feel all potential buyers should be aware of before purchasing this ship.

Also, make sure you are clear on the reason you want to purchase this ship, either for its vanity value (i.e. prestige amongst peers) or because you are interested in it’s performance as a combat ship. Once you’ve made that decision, determine if the feedback below applies to you.

Probably the single most disappointing component of this purchase was realizing that there is a high percentage chance you won’t get a fully ghosted ship! When I purchased this ship, I wanted it so I could drive it at night and oogle over its beauty while I quietly sailed across the sea. Instead, I found myself constantly staring at its ugly sails and regretting my decision.

In case you don’t see it, the sails, the most prominent feature of a ship, do not have their proper transparent ghost material attached. Instead they are permanently assigned a color that cannot be changed. Believe me, we tried to change it to pure white and couldn’t. Moreover, I believe that the sails were meant to be transparent and glow, because when the ship is stopped the model shows the glowing sails furled up.

As if to prove a point, while we were conducting this test another ghost ship appeared on the horizon. This ship, which is cheaper than the Reaper, had the exact effect I wast expecting to see applied to it’s sails. It was magnificent, and furthered the regret I was having about my own purchase.

If you are buying this ship specifically for it’s ghosting qualities, know that you will likely have buyers remorse as soon as you see how the other ships outclass it in cosmetic appearance.

So that covers the main cosmetic review of the ship. What about its performance as a combat ship?  It has a large ram on the front as well as a 4 heavy cannon broadside. Surely this ship is good at stern locking and fighting.

First and foremost, you should know that the ram doesn’t actually ram. We tested it to see if it would cause any damage and definitively proved it does not. Moreover the claw-like ram had difficulty latching on to other trade ships because it has an upper and lower hook. This limits the aperture of the hooking mechanism, making it difficult to lock on larger vessels. The only ships that it performs well against are lower tier ones. However, even after locking, smaller ships were still able to push it around because of the awkward bulk and poor sailing characteristics.

Unfortunately, this is just encouraging pirates to attack smaller ships, which isn’t exactly what a costly pirate ship should be doing.

Those two things aside, the next aspect we reviewed was the capability as a trade ship. While it has decent speed and a cargo hold of 14, it has a fatal flaw which prevents you from taking it anywhere near a port. The reason is best showed in a video, but I will attempt to demonstrate here.

In case it’s not obvious, if the ship spawns too close to a dock, or attempts to drive near one, there is a high possibility that the ship will immediately lock up and is no longer usable. This is because the invisible ram underneath the water is getting stuck between the pylons on the dock. Once you are in this position, you cannot get it out. The ship cannot reverse or turn, and as a result your only option is to find the dock master and re-spawn your ship.

At first, I was really surprised such an obvious flaw wasn’t addressed before launch. Then it occurred to me that the developers probably expected this ship to be exclusively bought by navy and pirate crews who can afford it. It was probably never tested as a merchant ship or expected to be bought by newer players to the game who don’t fight as often.

However, the problem occurs so easily that the only advice I can offer anyone who is planning to trade in this ship is to:

You might think I’m being dramatic, but you have no idea how easily this problem can occur. Coming into port requires full situational awareness of your helmsman who might be operating on muscle memory if they do a lot of trading. Some ports are largely off limits based on the ship’s glide distance. These include Freeport, Canoneer’s Key, Perth, Harrisburg to a degree, as well as anywhere a trader is wedged between piers. Anywhere that you have to turn the ship to reach the dock is a dangerous port to maneuver.

In fact, it’s really easy to grief this ship, even when you do everything right. If another ship pushes you and you didn’t park parallel to the pylons, when your helmsman goes to move the ship, you’ll find that the forward momentum has locked your ram between the pylons even if you did everything else correctly. It’s also possible to cause this behavior by just parking another ship in front of it, as would happen frequently with the small ships that constantly inhabit the Whitecrest harbor.

Therefore, I can’t reiterate enough. This ship needs to keep its distance from ANY sea obstacle, especially docks.

Not as Good as the Marauder

Finally, after all of this was done, the last question to answer was what ship was this actually built to resemble? We heard rumors in game that it performs like the Marauder, but I think this was born from its cosmetic design. I don’t think anyone actually tested this rumor. After our ramming test seemed to indicate that something was off with this ship, we decided to conduct a performance test which involved the following techniques:

For those who claim this ship performs as well as the Marauder, I’ll debunk that right now – It’s not a Marauder.

In the juke test, the Marauder outperformed the Reaper nearly 2 to 1. The Marauder’s helm answers hard over in about 6 seconds, whereas the Reaper is 8 seconds. It takes twice as long for the Reaper to complete a full 360 turn at flank speed when compared to a Marauder.

The ship’s cross-wind performance was within margin of error, meaning it’s reasonable to assume both ships perform decent in cross wind. We did note that the Reaper seems to be slightly more sluggish as you approach 90 degrees, but like I said it was within the margin or error tolerance of 5% so we can’t conclusively prove or disprove there is a difference without more testing.

Finally, in raw speed, the stat that surely made everyone think the Reaper is as good as a Marauder, we got he following results (Lower numbers mean faster):

In other words, this isn’t a good pirate ship. It’s a combat ship that also has a cargo hold you can’t actually use.

If you made it this far, we might as well give you our final opinion of the ship. After all this, we decided to go back and look through our data to figure out what exactly is happening. It was at this point that we stumbled across some data that shed some light on this.

Moreover, the Corsair has 8 Medium cannons and the Reaper has 8 Heavy cannons, making it an easy template to update. It also has a similar profile, no interior to worry about, has the same cargo capacity, and carries the same number of cannon balls in storage. Moreover, they are both cross-wind ships, which could indicate why we saw a slight performance difference in our test earlier.

In concluding, I want to point out that you can actually buy a ghost version of the Corsair for one voucher instead of five. Moreover, the ugly sails are less of an issue due to the junk rigging being more prominent. In other words, you might want to go with the Corsair if you aren’t buying a ghost ship for the vanity value the Reaper will afford you.

Why Call This Out Now?

It’s incredibly disappointing that we had to write this review.  It became evident very quickly that this ship may not have been tested very much before it was implemented in game. After all, It took three of us just 10 minutes of play testing to uncover most of the issues we mentioned above.

We also believe this ship wasn’t designed using the Marauder’s template but the Corsair instead.  This actually makes sense from a developer’s perspective as the Corsair is a newer model and probably is more familiar/easier to update. However, as a buyer that means you are effectively paying $100+ to buy a Corsair upgrade that has heavy cannons instead of medium cannons with everything else about the same.  That’s a sharp price in our view for a ship that can’t go near a port and is relegated to sea combat roles only.

I hope some updates come to this ship, especially given the price tag.  One member of our fleet said there was an update to the ship coming in a few days.  If they manage to address any of these issues, we will edit this page and provide an updated review. 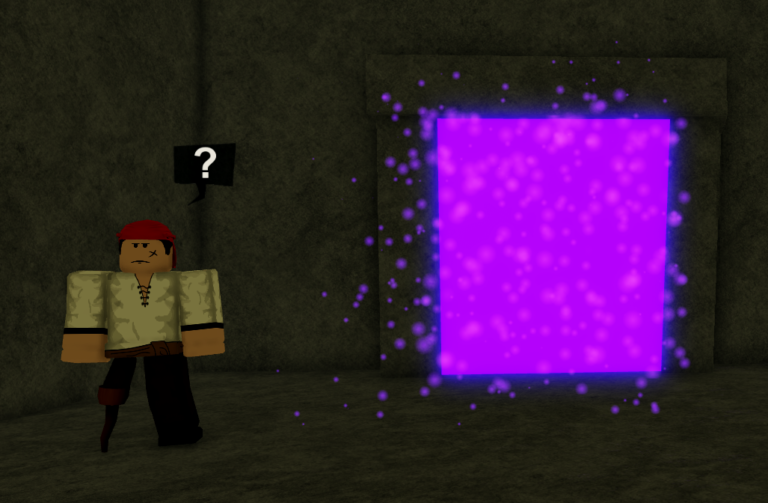